‘IN THIS REGARD WE SHALL TAKE APPROPRIATE MEASURES TO REDUCE AT ALL LEVELS TARIFF AND OTHER BARRIERS AND STUDY SUCH OTHER MEASURES WHICH ARE REQUIRED TO PROMOTE INTRA ISLAMIC ECONOMIC AND COMMERTIAL COOPERATION INCLUDING THE PROSPECTS OF PROMOTING ALL FORMS OF INTEGRATION BETWEEN MENBER STATES BOTH AT THE REGIONAL AND SUB REGIONAL LEVEL LEADING TO THE SETTING UP AN ISLAMIC COMMON MARKET.’

Recalling that the SUMMIT in a resolution on the review of the Status of Economic Co-operation and Economic integration policy in the ISLAMIC world in the context of the world Economic situation.

Requests the COMCEC to consider within the frame work of its forth coming reviews of the strategies of the Plan of Action on economic cooperation among Member states to study ways and means for the promotion of inter regional cooperation and progressive economic integration leading to setting up of an ISLAMIC COMMON MARKET taking due account of the existing regional integration Groupings.

Reaffirming the need to develop new strategies for the plan of Action taking onto consideration the structural changes that have taken place in the global economy and the development in the economies of the Member countries since 1981.

Requests the COMCEC to take necessary steps including the convening ‘EXPERTS Group’ meeting and workshops to formulate new strategies for the Plan of action to strengthen economic cooperation among Member States to be submitted by the OIC General Secretariat to the COMCEC for approval and appropriate action as soon as possible.

Referring, to the 8th Session of the COMCEC held in Istanbul September, 1992…. resolved:

‘Efforts would be made to derive benefit from the experience of regional and inter regional cooperation involving the OIC Member Countries based on the principle of mutual interest. It will serve as an intermediate step towards economic integration among Member Countries

For emphasizing cooperation among Member Countries in their developments efforts, COMCEC will create economic units capable of facing challenges emanating from the emergence of large economic blocs and bring about structural transformation.’

Emphasizing, that the various regions of the OIC have established structured regional cooperation arrangements . Arab Maghreb Union (UMA) GULF COOPERATION COUNCIL (GCC) , Community of West African states (CWAS) and ECONOMIC COOPERATION ORGANIZATION (ECO) . However, in South East Asia which is to home to nearly a quarter of the Ummah, comprising Indonesia , Bangladesh, Malaysia, Brunei and Maldives no such cooperation arrangement has been contemplated.

Recalling, the unanimous resolution ‘Regional and Sub- regional Cooperation between OIC Member States as a first step towards globalization of their trade and industry’ of IDB Indo Product 92 Seminar held in Bandung 8-11 December, 1992 organized by the Islamic Development Bank and the republic of Indonesia.

Recalling that the Federation of Bangladesh Chambers of Commerce & Industry located the formation Regional and sub-Regional Cooperation between OIC Member states in S.E.Asia (SEACO) and sought the support of the Government Malaysia on 13th February 1993 in Dhaka.

And that H.E. the Prime Minister of Malaysia in his response , suggested strong South-South cooperation to face the economic challenges emanating from the uncertainity in the Uruguay Round and the formation of trade blocs, NAFTA and single Market Europe, listed steps to promote economic ties with the developing countries and stated that Regional and Sub-regional cooperation may be considered.

Terefore, to implement the said Dakkar Declaration of the Sixth Islamic Summit 1991 and the Bandung Resolution of the IDB-INDO PRODUCT.

Seminar, 1992 and the Islamic Chamber of Commerce, Industry and Commodity change, gathered in Conference at the 11th General Assembly, in Kuala Lumpur November1993. Unanimously recommended to the OIC, the formation of SEACO : 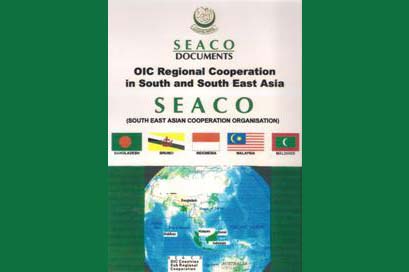 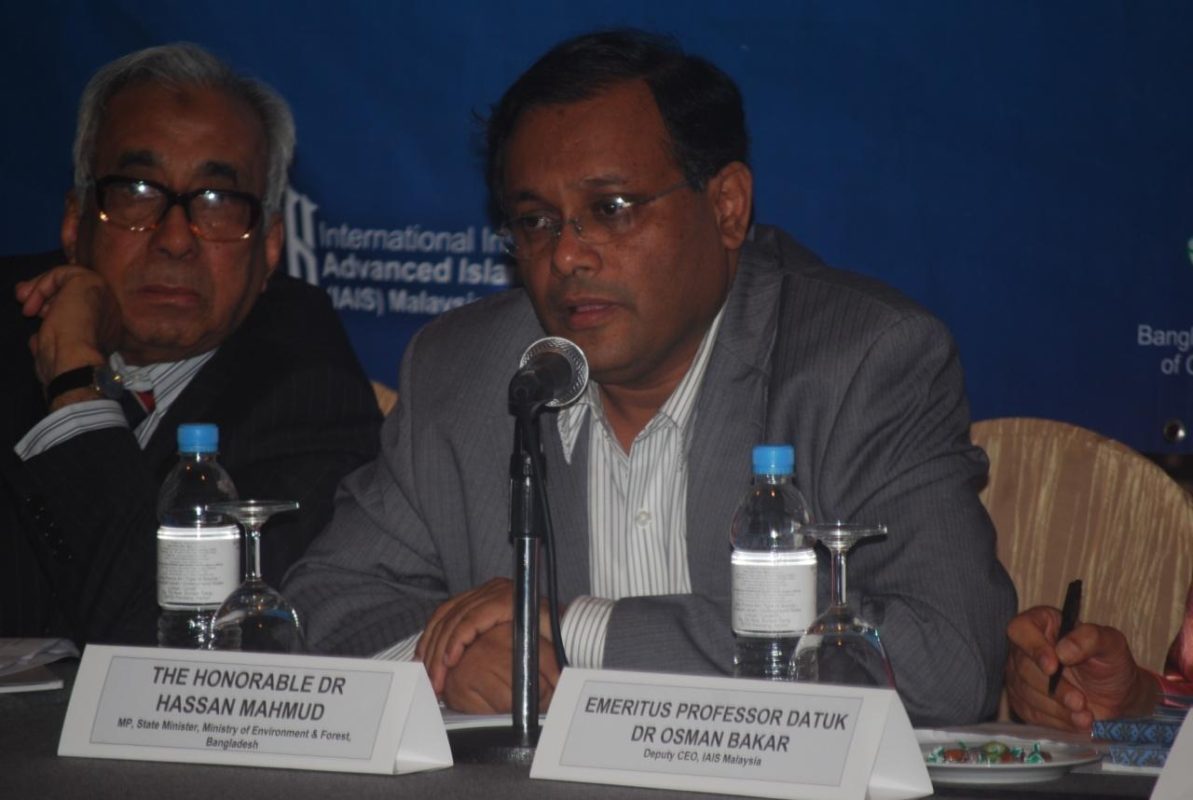 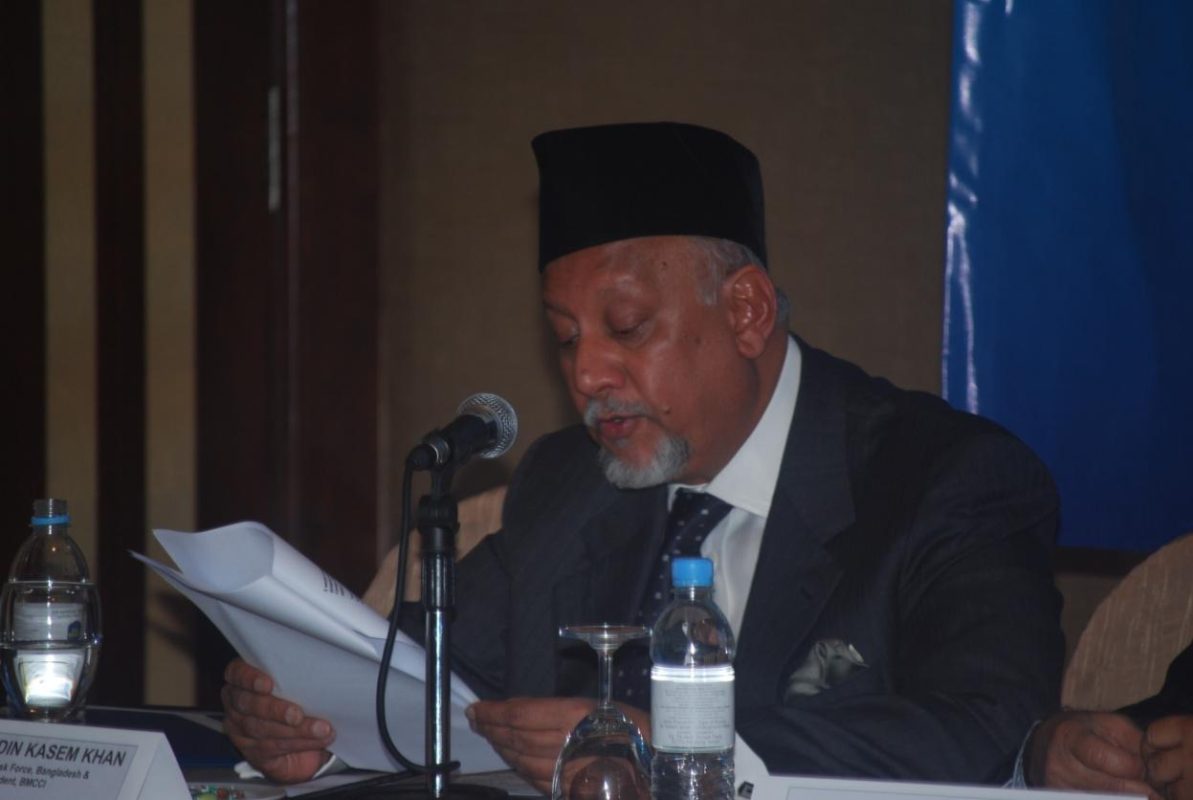 Bangladesh, in cooperation with: The Wahed Institute, Indonesia.On the occasion the welcome address gave Emeritus Professor Datu Dr,. Osman Bake ,Deputy CEO of IAIS Malaysia as well as he was the moderator of the discussion 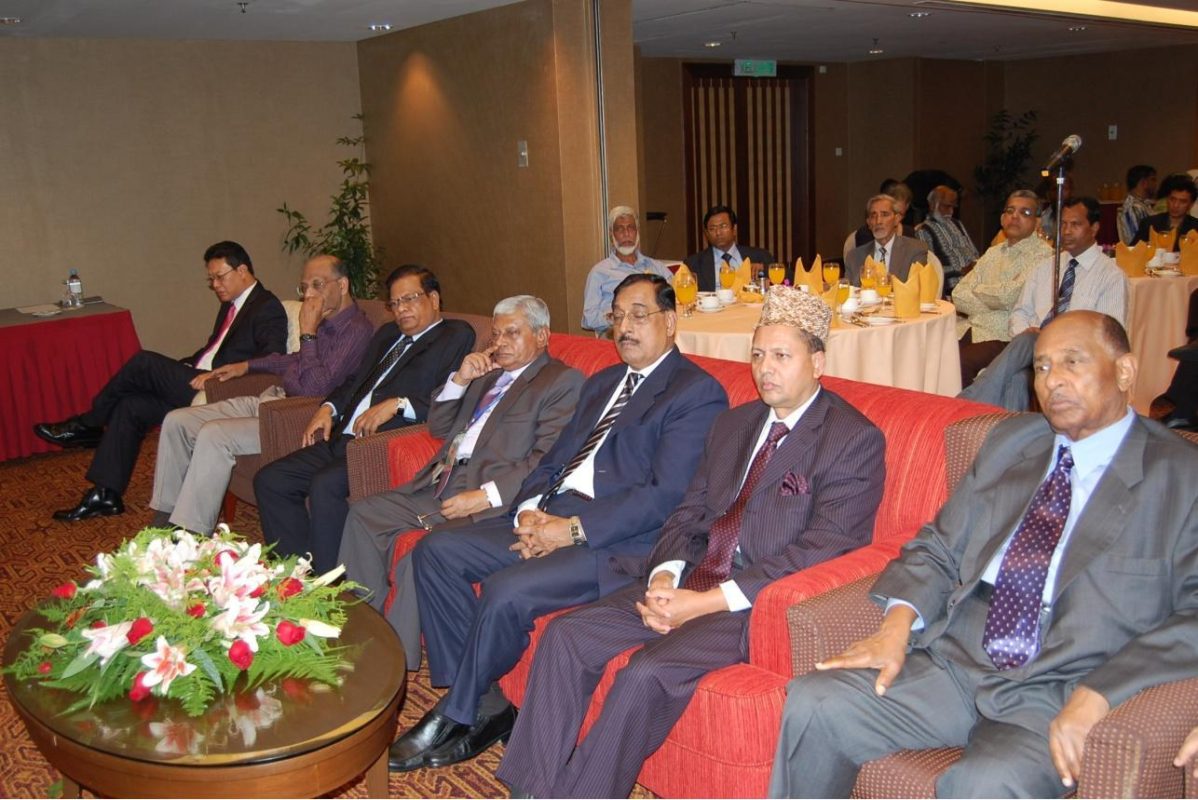 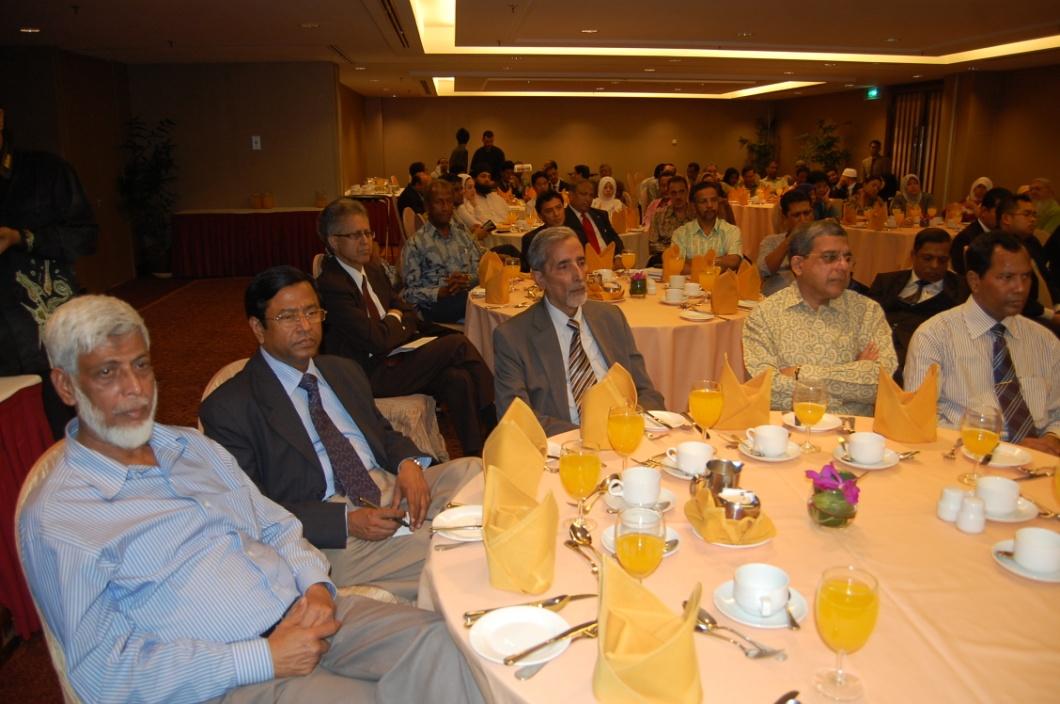 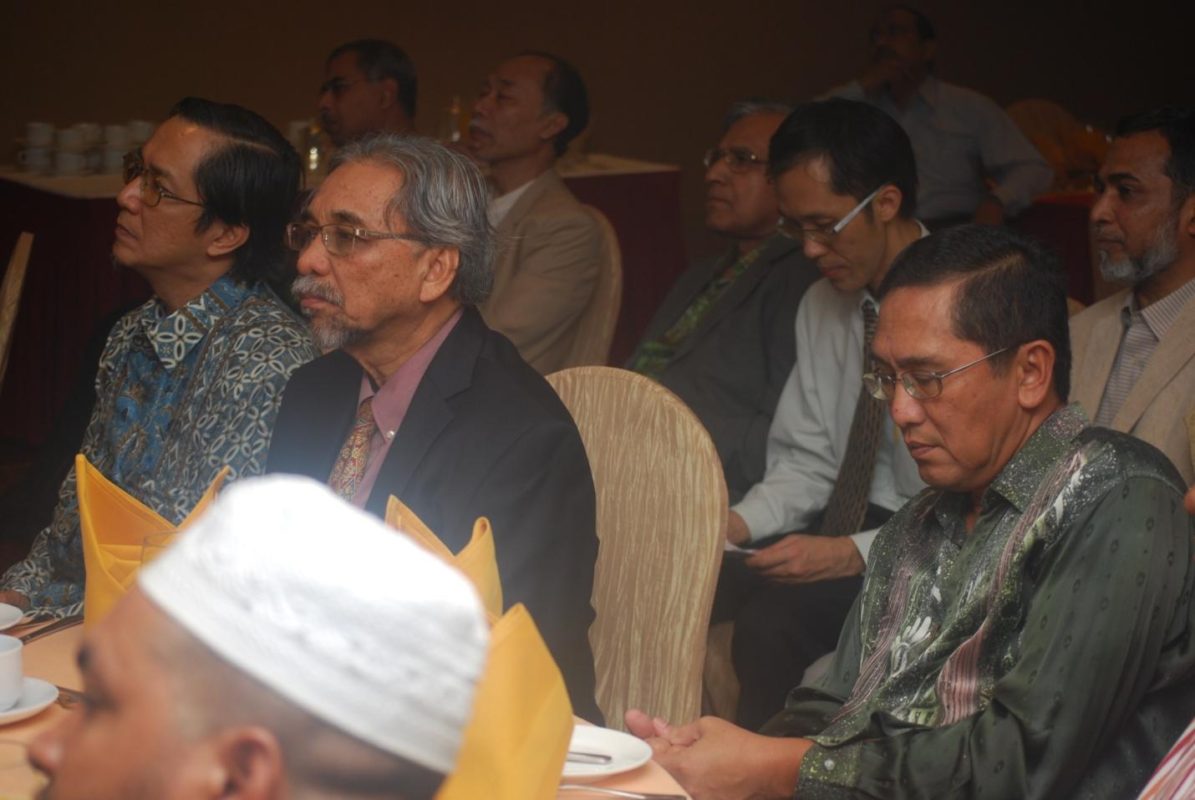 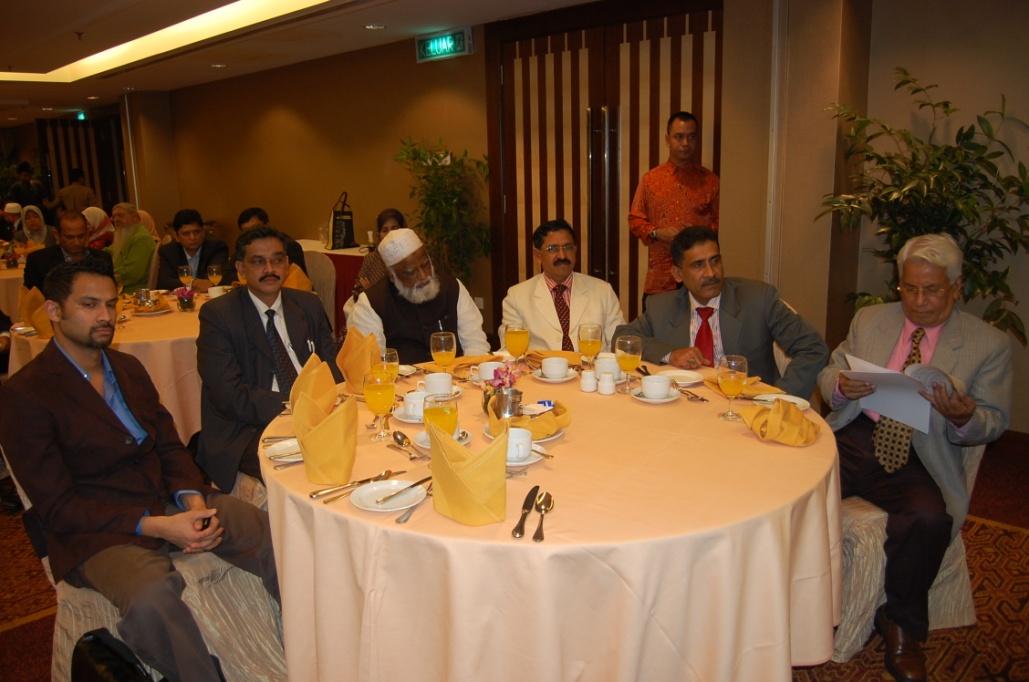 and Global Affairs, Uitm, Malaysia took part the forum as the panelist. Mr Syed Moazm Hossain ,the president of BMCCI gave vote of thanks end of the program. 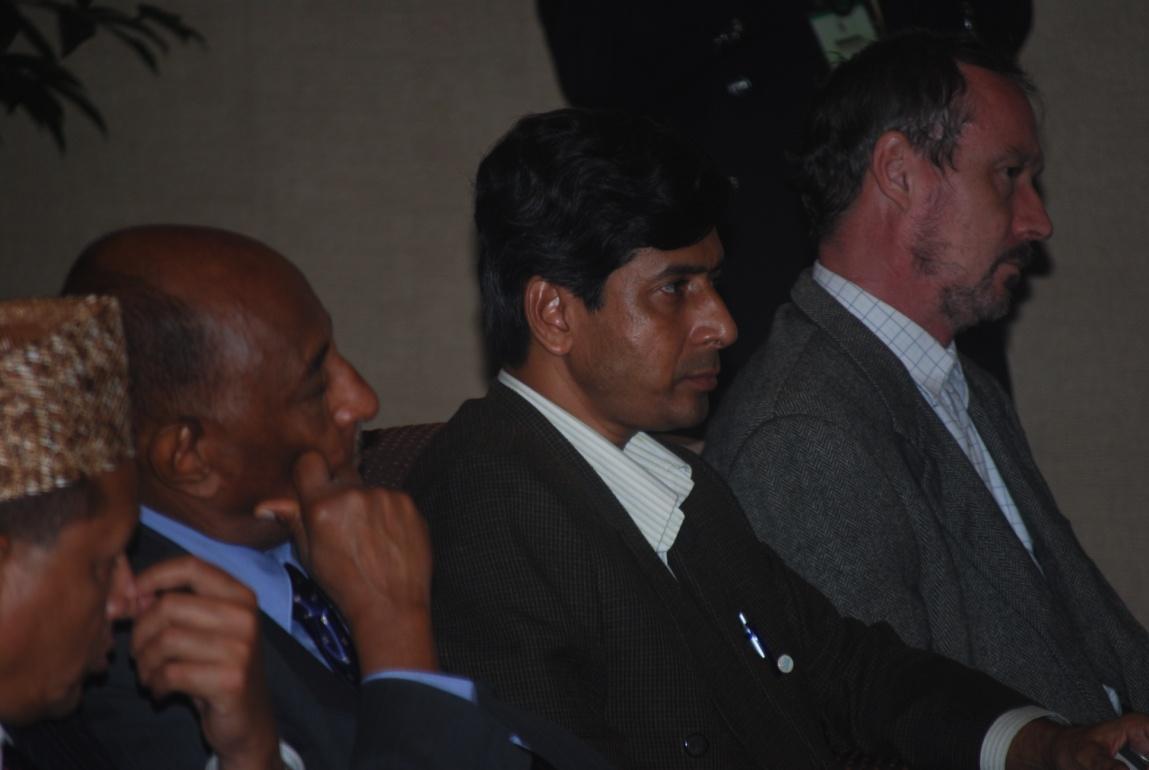 The High Commissioner of Bangladesh to Klm Mr AKM Atiqur Rahman, two additional Secretaries to the GOB, two Under Secretaries of MOFA Of Malaysia as well as OIC and South-Asia desk and eminent citizens, academicians, diplomats. 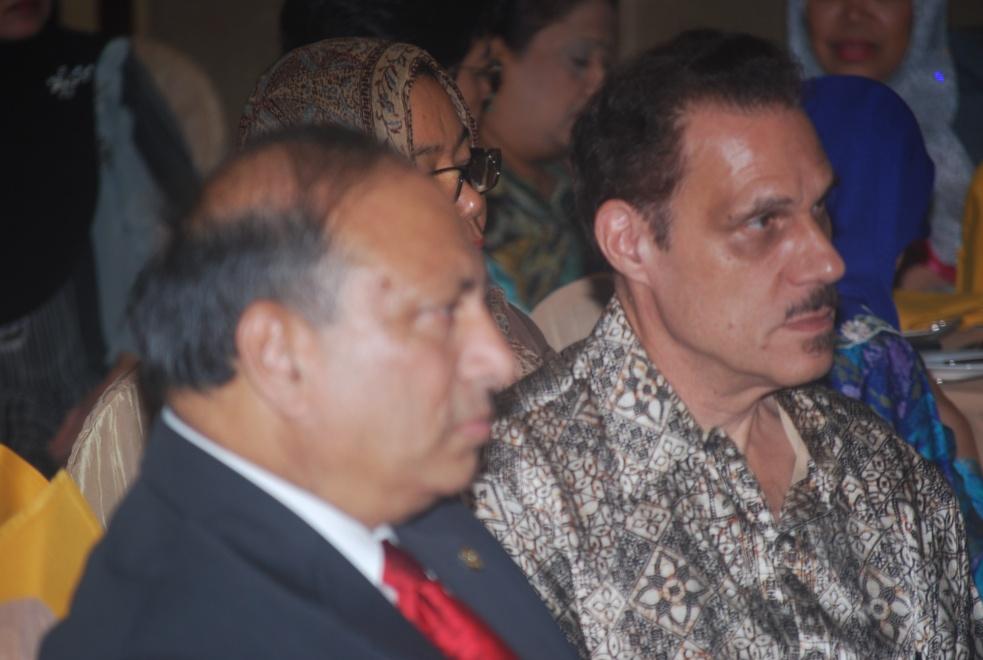 Businessmen, journalists and others important personalities of Malaysia, Indonesia, Bangladesh including some Muslim scholars form OIC & western countries were present the forum and dinner.Prof. Osman Baker said in his wellcome address: